With Terrence Malick’s The Tree of Life winning the Palme d’Or and playing to sellout crowds, the film world’s collective boner has risen, once again, to zero acknowledgment from the film’s maker. Perhaps it’s time to reach for the light, prop up against the headboard and give this relationship some fresh consideration. Are we in love with Malick, or the idea of him? 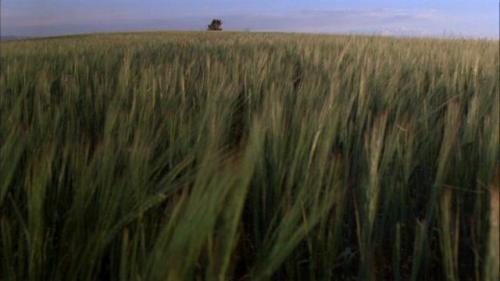 The Tree of Life is Malick’s fifth feature in 30 years. Combined with his now-legendary refusal to speak to press or make himself publicly available, this meager output, regarded by many as Vermeer-like in its scarcity, has made Malick something of a mystic to cinephiles — the Wizard of Oz of Texas. Critics are drunk on his Kool-Aid. Writing about Malick, their language fogs with the flabby vagaries of cult followers and Brentwood yoga instructors — “meditations,” “spirit,” “energy,” “poetry.” Malick is not a poet. Whitman is a poet. Malick is a filmmaker.

He can be a very good filmmaker. Badlands — as thin as a blade of grass and no less perfect — is one of the strongest debuts of its era, and to watch it again is to admire the young Malick’s conviction of voice and his restraint in deploying it. In Badlands Malick refuses to shout above his material. His gorgeous sunsets and dewy glades, largely confined to the periphery, wordlessly evoke inner wildernesses of youth, vacuity and grace, rarely upstaging the story they so desperately need to keep them from shrinking into postcards. The alien beauty of Sissy Spacek, strange and wholesome, naive and austere, is perfectly suited — as it would be in Carrie, three years later — to this broken dollhouse America. Hers is the face of Malick.

This continues at L.A. Weekly.