I Got a Kick out of You

I played the card (once more with feeling) in a recent issue of Elle magazine.

Tagged 27 dresses, annie hall, breakfast at tiffany's, ghosts of girlfriends past, he's just not that into you, roman holiday, romantic comedy, romcom, sex and the city, shampoo, some like it hot, the apartment, the awful truth, the bounty hunter, the proposal, the shop around the corner, the ugly truth, warren beatty, when harry met sally...

On Peter Sellers in Being There

Being There is playing at BAMcinématek Sunday May 15th. 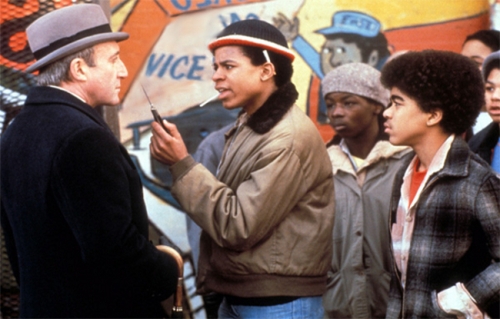 Peter Sellers’s performance in Being There is one of the wonders of the movies. It is a wonder of personality, in its disparity to Sellers’s actual, miserable self; a wonder of skill, as a peerless feat of subatomic finesse; a wonder of cinematic history, in contrast to Sellers’ most iconic works of slapstick (which are no less nuanced themselves); a wonder of comedy, for remaining funny without trading a genuine moment for a laugh; and a wonder of compassion.

As a force of apolitical virtue, Sellers’s Chance is a standout personage in Ashby’s ouvre. Harold, Maude, Elgar (The Landlord), Buddusky (The Last Detail), and of course Woody Guthrie glean much of our support simply by playing for the right (i.e. Left) team. That is surely an asset to actor-audience relations. But in Being There, Peter Sellers, virtually a cipher, had to cook without gas. That there is wonder number six. Without lifting a finger, he protests harder and more thoroughly than Jane Fonda in Coming Home.

And who, exactly, is Chance the Gardener? Actually, a better question might be what is Chance the Gardener? An idiot, a retard? A Freaky Friday kid in grownup clothing? E.T.? It’s hard to imagine a precedent, which gives credence to the theory (totally my own, I admit) that the being of inquiry is on top of everything else a wholly original creation, a lone dot off the axis of tradition and unique on screen. I could go on, but I figure seven is a good number for wonders.

By now we know the “real” Peter Sellers – whatever that means – eluded filmmakers and journalists so completely, one could argue he went to his grave without leaving behind any record of his true off-camera self. Then again, for a man born – at least in his own mind – with a camera watching his every move, maybe there never was a real Sellers to begin with. If there is any clarity to be had in all this, I’ve always thought, maybe a touch too optimistically, it was waiting for us at the tail end of Sellers’s career, in the Being There blooper reel we’re treated to at tail end of the film.

I like to think that’s the real Sellers, laughing his mask off.